If we were having coffee, I would tell you that it’s too late to be drinking caffeine, and also remind you that I can’t join you because I gave up coffee, and milk (even lacto-free), a few months ago. Instead, I’ll have a hot chocolate made with hazelnut milk – so delicious!

I used to love coffee. Particularly a latte, or a mocha. I even developed a taste for strong black coffee at one point. So, what changed? A few years ago I became more and more intolerant to certain combinations of dairy, in particular things with milk and buttermilk. I switched to Lacto-free milk, which did help the problem for a little while, but earlier this year I developed an intolerance to that too. So about six months ago, I switched over completely to a mainly dairy free diet – substituting with almond milk, hazelnut milk, oat milk, and the occasional soya milk (which I’m not too fond of these days). One reason was because I have PCOS and read that milk isn’t good for women with hormonal issues anyway, because it further throws things off balance. I decided to give up coffee too – also because strong caffeine affects me badly with anxiety and the ‘jitters’, and because it just doesn’t taste the same without milk. 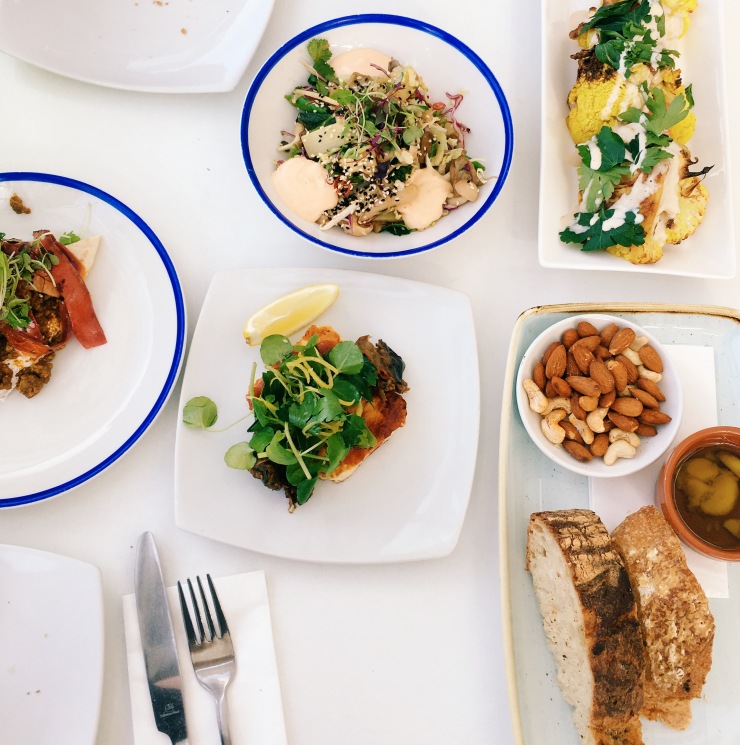 I’d tell you that I do miss the taste of milk. I indulge occasionally in things with dairy in them – I like some cheeses and cake with buttercream – but nothing that I know will make me horribly ill. I avoid buttermilk like the plague: it affects me worse than even milk does. It’s just come to the point now that I’m thinking more about changes I can make that will make me feel better, and give me more energy. Giving up milk has helped with some things. Hormonally, I’m much more balanced than I used to be. And my poor stomach thanks me for it! If there’s one thing I do miss badly enough to crave it, that’s a full-on spaghetti carbonara, with pancetta, cream, egg yolk, and parmesan cheese. I can make my own version with just the pancetta, egg and parmesan, which is delicious – but when I go out and about, I know I have to avoid it in case there’s some cream in it.

Talking about food, my husband Dan became vegan in September. As a result, just because it’s easier, I’ve become a ‘part-time’ vegan myself too. We eat the same dinner most days so I’ve been cooking vegan food from scratch, which has been an interesting change. I’m not quite ready to give up some meat and fish, such as chicken, salmon, tuna, and mackerel, though I haven’t had any red meat since the middle of September. I’m not sure I ever will, in which case I may become pescatarian. I’ve had a bit of bacon once or twice, but don’t really miss red meat much. I like burgers, but I’m happy to eat vegetarian or vegan burgers – I’ve tried a few over the last few months and have enjoyed most of them. Mostly, though, I find I like eating vegan and vegetarian food because it encourages me to eat more fruit, vegetables, nuts, and wholegrains – basically, to vary my food more. It’s also much cheaper for our weekly shop, depending on what recipes we use. 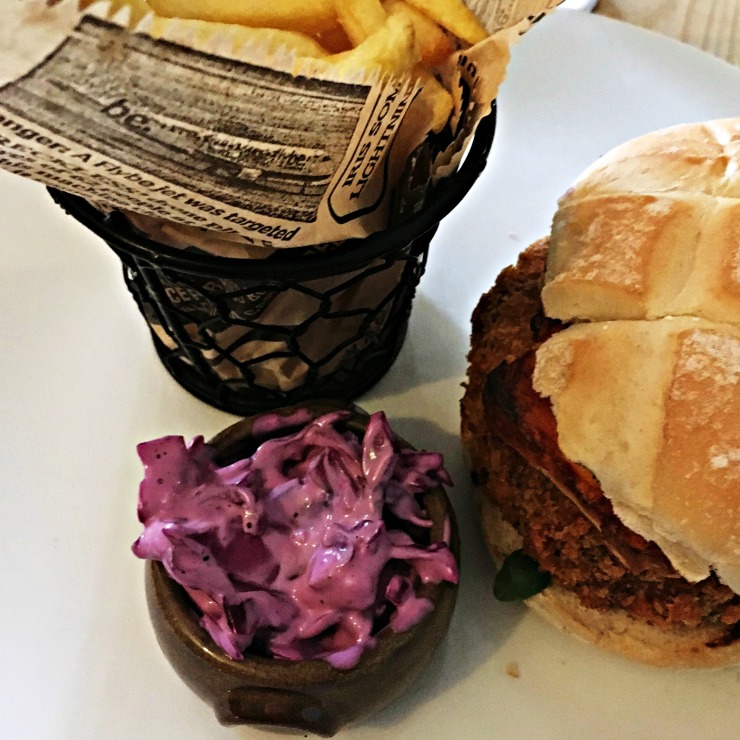 Again, managing my PCOS has become more of a concern over the last year. Some of the changes I’ve made are with a view to reducing my sugar and refined carbohydrate intake, simply because they mess with my hormones and insulin resistance. I stopped adding sugar or sweeteners to my tea, so I’ve become used to the taste. Although some of the steps I’ve taken are small, they are going in the right direction. PCOS is such a difficult thing to manage, but with the right information and perseverance, it’s possible to manage the constellation of symptoms better (and there are many combinations of symptoms, I seem to have the ‘classic’ symptoms). One book I’m glad I discovered this year that may seem like just another PCOS guidebook, (but has been extremely enlightening), is 8 Steps to Reverse Your PCOS by Fiona McCulloch. If you have PCOS then I’d really recommend it, or simply if you just want to understand it better (in case you have relatives or loved ones who have it). The author writes in a way that reassures but also empowers women with information, so I’m really impressed with it.

I’d probably apologise to you now for talking so long about food and the various changes I’ve been making. I don’t want anyone to feel bad about the choices they make or what they eat either (that would be hypocritical of me). I’m a real foodie – always have been – and love all kinds of food. Making good food makes me happy too, and I like it when a recipe is successful and everyone enjoys eating it. This is why food is so important to me – because I love good flavours and trying new things. In many ways, limiting myself lately has been curiously exciting because it has helped me to understand flavour more – in vegan food, flavour and treating vegetables well is key. We’ve been using a lot of garlic, ginger, onions, herbs, and spices. My favourite vegan dishes so far tend to use Italian, Thai, and Indian influences. Continuing my journey with adjusting what I eat will be interesting.

Time is running away with us now, despite all that I have to tell you. It’s not the end – there is always more to talk about, and tell you about. I’d like to ask you, too, whether you’ve tried anything different or made any changes lately? All good conversations with friends are difficult to end – but I like to think of goodbyes as not being the end, but the bookmark to the next meeting.