Its been a while since I’ve written anything here – I’ve been more active on the fatshion blog and I’ve mostly been feeling like I need time away from the internet, to read and take stock of things. I’m going to be volunteering somewhere special in the next few months and I’m really excited about it. In fact I haven’t felt this invigorated for a while which makes me wonder why I haven’t felt so much enthusiasm for anything else much recently, except reading and some of the writing I’ve been doing. Maybe because its too hot here to feel like sitting indoors and writing in a boiling room on a computer that is close to overheating. Evening is the best time for writing at the moment – its cooler and I don’t feel an irresistible urge to go outside and read in the sunshine.

In the last few weeks I have read 5 books – all of them very different to each other. First, I was reading American Gods (by Neil Gaiman) and then I read Jane Austen: A Life by Carol Shields. This was followed by One Day by David Nicholls then The Liar by Stephen Fry. Then finally in the last couple of days I devoured Steig Larsson’s final book The Girl Who Kicked The Hornet’s Nest, which I finished today. Some of these books I didn’t enjoy as much as others – I loved The Girl Who Kicked The Hornet’s Nest and American Gods, but I found Stephen Fry’s The Liar and One Day didn’t interest me as much as I thought they would. The Liar is a genius book but I found it difficult to take in at times and found the ending kind of bizarre (albeit sort of funny). Some of it is also based on Stephen Fry’s early years, and I definitely recognised some of the events in the book after my previous reading of his autobiography. Perhaps what irritated me more than anything was the main character who was kind of arrogant and, obviously, lied most of the time. Perhaps that was the author’s intention, and I definitely think it was a well written book.

One Day was kind of disappointing – I can’t say why since it would involve giving away the plot, but I had high expectations of the book after Nick Hornby recommended in it in his book The Complete Polysyllabic Spree (a very funny read, and I like the way he talks about his often obscure reading choices). It was one of the books he reviewed that appealed to me the most, and it is a good read. It was just sort of a disappointing ending. Maybe just because I really wanted a different ending. Maybe life isn’t like that though – I can definitely give the author kudos for how real and sad his book happened to be.

Neil Gaiman has cemented himself as one of my favourite authors ever – I absolutely love his style of writing and the dark, blackly humorous and interesting stories he tells. He creates believable characters in almost unbelievable situations – not so unbelievable that the reader can’t suspend disbelief. American Gods is many things – to me it was a road trip through America, with repercussions on a global scale. It takes a familiar format and adds a completely different flavour and meaning. It took me ages to read, not just because its a big book, but mostly because I kept stopping and starting. I think someday I might sit down and read it more quickly so I get more out of it, rather than dragging it out like I did. 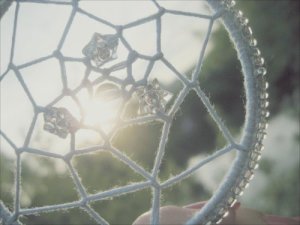 Steig Larsson’s trilogy has been absolutely stunning. I’m very sad that its over but then again, I can read it all over if I want to. I basically just read the third book in two days – yesterday and today, and couldn’t put it down. Lisbeth Salander is one of the best heroines I’ve ever had the chance to get to know within a book’s pages. She is pretty much a survivor, an intelligent, dangerous and rebellious woman, with many complex layers and interesting quirks, as well as a solid sense of justice. She may be a victim, but not a passive one, and you really get a sense of her being more of a survivor. I feel that the characters in the books are incredibly well rounded and interesting, and this is what keeps you going even when Larsson takes asides to explain some part of the bureaucracy or legal system in Sweden. What also interests me about these books is that they are about justice for women wronged by the system – survivors of violence and miscarriages of justice. I can imagine just what a strong sense of justice the author might have had, writing three very strong and thought provoking books that have taken the world by storm (0r at least Europe). I wish he was still alive to see how much of an impact his books have made. I would love to read more from him, but I will definitely look forward to the next two films (the first one is brilliant).

Carol Shield’s autobiography of Jane Austen gave me a completely different insight into the life and times of Jane Austen. She didn’t live an exciting life, but it was one that its ups and downs and you can’t help but be affected by her story. Pride and Prejudice was one of the first books I ever fell in love with – the wit, the style and characters. The thing is, Austen was never a writer of ‘romance’ – even if numerous adaptations on screen distill her wit into a simple romance story. The irony and wit within her books is something that you need to read to understand – and her character portraits are even more interesting and exact. Her work has many layers that don’t ever seem to date, just like Shakespeare.

Anyway, apart from all this reading, I’ve also been contributing to the I Love Fatshion network blog on a weekly basis, so that has also kept me fairly busy. From next week I have to start giving myself more of a routine and sorting my life out. I don’t want my enthusiasm for things to fizzle out, but I do feel strangely run down at the moment. I’ve never particularly loved the summer – I prefer Autumn and Spring. Maybe this is why my writing output isn’t as consistent during the summer months. Maybe I shouldn’t be so hard on myself – after all, I start the second part of my creative writing diploma in September and shouldn’t feel like I have to write, which stifles my creativity. I’ve always felt that my excessive reading is all about taking in lots of ideas and part of the writing process – if I wasn’t a reader, I wouldn’t be a writer. Its that simple.