I’m learning the meaning of the word ‘waiting’ – and the kind of patience it takes to keep waiting but keep moving forwards at the same time. When we adopted Chocolat and Marmalade, we knew Marmalade was going to be one skittish and timid little cat. For the first few days we had them at home, they both hid behind a cabinet, one on top of the other.

It was cute, and funny, and a little bit frustrating, but eventually they settled in, blossomed, and we got to know them well. Marmalade, whilst not completely shedding his timid, nervous nature, actually graduated to sitting on or with some of us, and in particular a strong bond grew between him and my husband, Dan. He enjoys belly rubs and has a car-engine purr. I know that male ginger cats seem to fixate on particular men, and this was, is, love. 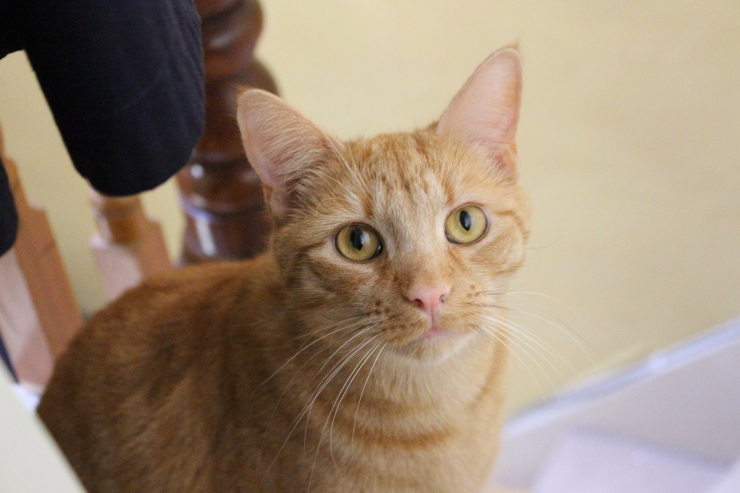 Chocolat, on the other hand, is the chattiest cat I’ve ever met. She announces her entrance, she has conversations with us, and you will know she’s unhappy with something when she complains about it from another room. She’s cuddly, shows a lot of affection, and even likes to lie in with us on Sundays. And during the week, I usually wake up to her bleary-eyed vocal ‘good morning!’. In contrast to her brother, she demands to be stroked, to have us pay attention to her, or to communicate with her. Marmalade, by contrast, will only let you stroke him when he’s relaxed enough or curled up with you. On occasion, he is the kind of cat that makes you feel a little bit rejected, but his adorable squeak and his huge purr more than makes up for it.

Two and a half weeks ago, he went missing. It was sometime during the night of a Sunday, between eating his dinner and breakfast the next morning. The garden backs onto a small lane, where there is some sheltered housing, and a small green, and plenty of gardens. We stopped letting our cats out of the front door because there is a busy road on a hill and one of our cats was run over in the mid-nineties. Our childhood pets basically had the run of the garden and the adjoining gardens but they always came home for dinner. Marmalade is one of those cats, whilst timid and curious, absolutely loves his food and home comforts, and is in like a shot when we feed him and his sister. So it was a real shock to realise he was missing. 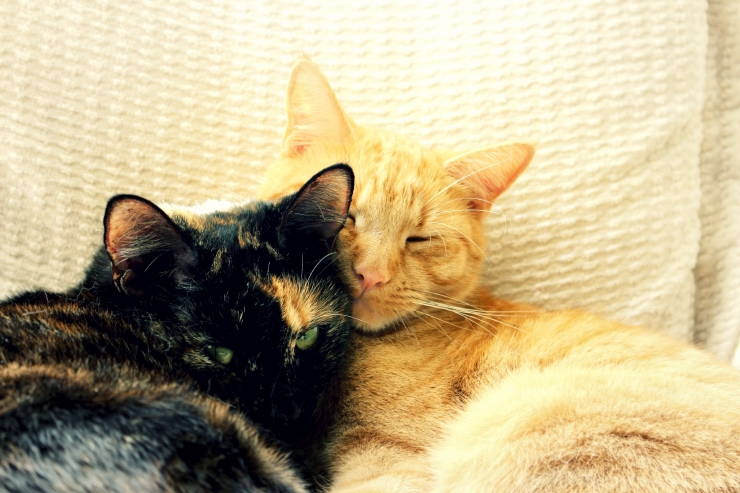 The first week was all about posting things online, printing posters and talking to local people, asking around and looking carefully in the garden and the places along the back lane. By the second week, we had a few tips, mostly sightings of ginger cats – and there do seem to be a lot of them in the local area. We’re also lucky that our area has a lot of cat lovers and owners who said they’d look out for him. The second week was easier because of the tips and people sharing his information online. This third week is stranger, because it’s a settled kind of waiting – waiting but getting on with things. We have considered everything that might have happened to him, but all we can do now is wait, after notifying everything from vets and shelters, to the microchip company.

His sister seems to be fine, for the moment. They were friendly with each other – play fighting, grooming, sometimes curling up together, but not so often since they started going into the garden. The first week, she kept calling for him with us, and being quite watchful and concerned, but I’m glad to see that she’s not distressed or depressed since time has passed. She has a lot of love to give, and I’m grateful that she’s happy with us. I know that whatever happens with Marmalade, she isn’t going to wander off – she doesn’t go out onto the lane and keeps herself amused with chasing things in the garden. I’m still hopeful that he might return, but also trying to keep myself going.