Bear with me, this is a bit of a rambling post – written in the middle of the night…

I read a post today from Brain Pickings about a book called On Kindness by Adam Phillips and Barbara Taylor, and I also watched We Are Legion on Netflix, a documentary about the hacktivist group Anonymous. The article on Brain Pickings briefly mentioned how common it is to find ‘outrage culture’ and cynicism on social media – that is, a culture in which we are often ‘outraged’ about things – from sexism to something a celebrity has said. 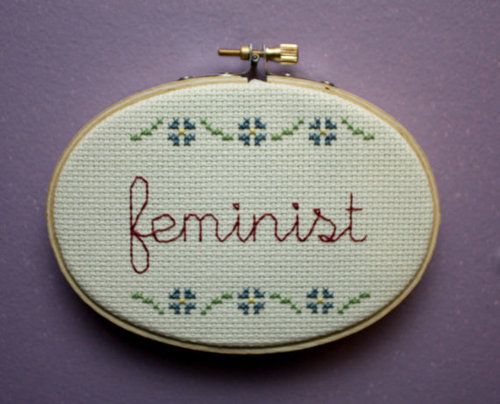 Both of these things made me think. I consider the term ‘outrage culture’ to be a way of dismissing often legitimate concerns about language, media portrayal, oppression, and privilege. It’s the same as dismissing someone’s concerns as being ‘overly PC’, which is another way of saying that you don’t care about hurting people or the violence of your language. So many things that people consider ‘PC’ are a way of being considerate, and understanding the historical and social implications of some words and terms.

Of course, it isn’t healthy to be constantly angry. I’ve been there – with politics, privilege, issues I’m passionate about, and getting involved with Twitter and Facebook campaigns. I was angry for a long time when I got involved with feminism, was constantly outraged (!) with the sexism I was discovering everywhere. I still am, in many ways, but I am learning to pick my battles. I’m passionate about a great many things, from disability rights to being an ally to LGBTQ people and people of color, to animal rights, to raising awareness about deaf issues. There are a few ways to do this.

If something bothers you enough, you can do something about it – join a campaign, write something about it, go on a protest, find a constructive way to make waves. You can retweet other people’s words, have a discussion on Twitter or Facebook, work together. I realise that sometimes, I am complicit when I keep quiet. But sometimes, you don’t have the energy or the time to constantly be fighting for something. And believe me, if I could, I would fight as much as possible. I know that there is more I could do.

I don’t believe that the terms ‘outrage culture’ or ‘too PC’ have a place in a world that is constantly shifting and changing, where empathy, compassion, and kindness are what we should aim for. The reason that we see so many more protests, opinions, and calling-out is because we have more chance to express ourselves now than we ever have. Some of us have more to protest about with legislative changes Governments are making. Social media is something that activists can harness for a force of good – to organise, to use hashtags, to spread information, It can also be a place where terrible things happen – cyber-bullying, stalking, abuse, hacking, smear campaigns. But the good things, I feel, will outweigh the bad if we use them well. You can choose to follow a range of voices, where you will be able to join in campaigns, give your support to people, and fight for the issues you believe in.

I followed a link on the Brain Pickings article to another, Some Thoughts on Hope, Cynicism and the Stories We Tell Ourselves. It is true that the issue with being constantly outraged and angry can mean we lose hope and become cynical. I went through burnout with online feminism for the longest time. I’ve never stopped being a feminist, but being angry took its toll. I think a lot of women go through that anyway, when they first discover feminism – it’s like an awakening, and you discover the world is not what you thought it was. It’s painful.

But also extremely empowering to realise that there are things you can do about it. There are always going to be things we can’t do much about – but there are people who WILL do something about it, and that is what hope is about, for me. I make sure that I connect with people who are doing something about the things I care about – both to support them and to reassure myself that there are people out there doing things to make the world a better place.

Finding fault and feeling hopeless about improving the situation produces resignation — cynicism is both resignation’s symptom and a futile self-protection mechanism against it. Blindly believing that everything will work out just fine also produces resignation, for we have no motive to apply ourselves toward making things better. But in order to survive — both as individuals and as a civilization — and especially in order to thrive, we need the right balance of critical thinking and hope.’ – Maria Popova, Some Thoughts on Hope, Cynicism and the Stories We Tell Ourselves.

Maria Popova’s article, on the other hand, is about how we also need positive, happier news as a balance for the constant sad, difficult, painful news we are witness to every day. There is a risk of cynicism and apathy if we are constantly fed the idea that humanity is a hopeless species, full of despicable people who do terrible things. We need also to see that people are capable of incredible acts of kindness, of empathy, that there are people out there doing great things – to empower others, to make a difference.

What has this got to do with activism? With outrage? For me, it means that whilst there are some things happening in the world I can’t physically do much about, I can do positive things, I can use my skills to perhaps make the world a little better. I’m not oblivious to other people’s pain, and when I can, I will do whatever someone needs me to do. Yet the world does also need positive, uplifting ideas and news to remind us that even in the darkest times, the world can still be bright. You can transform outrage into passion.

‘Yes, people sometimes do horrible things, and we can speculate about why they do them until we run out of words and sanity. But evil only prevails when we mistake it for the norm. There is so much goodness in the world — all we have to do is remind one another of it, show up for it, and refuse to leave.’ – Maria Popova, Some Thoughts on Hope, Cynicism and the Stories We Tell Ourselves.

2 thoughts on “Activism and Outrage”