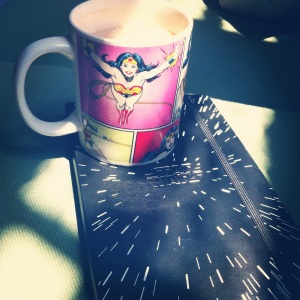 More than ever, overstimulation is something I’ve been confronting in my everyday life. What is overstimulation? It occurs in social situations, when there is too much going on and if you’re an introvert especially, this becomes too much, and you need time away, down time, to recharge and think things over. For me, social situations include contact with people on Facebook and Twitter, and as I’m a member of a few groups on Facebook where the discussion is often lively and negative, this means that I get overstimulated and uncomfortable quite often. I often feel as though I’m too open – and I also dislike conflict that escalates. I try too hard to be the peacemaker, the person who diffuses the situation, whilst other people are determined to push past that and continue to argue and spread negativity.

In a professional context too, lately I’ve had to direct people’s feedback to email, rather than on a Facebook group, where there is too much scope for misunderstanding, hurt feelings, and unprofessionalism. It’s also been a recent understanding of mine that I need to be less open and less accepting of random acquaintances adding me on Facebook – since FB is not really the place for professional boundaries. It’s very easy to breach those boundaries in a world that values social networking and extrovert qualities. Being a highly sensitive introvert, I sometimes take things to heart that other people would just brush off more easily.

This leads to periods of sadness, demoralisation and frustration, which isn’t healthy for someone who has a tendency to worry and analyse people’s behaviour. When you don’t have all the information about a situation, sometimes other people’s behaviour and attitudes become puzzling and difficult to understand. This leads to more angst and frustration. It helps me to talk to Dan and Sarah, who often know how to help me cope with difficult situations and understand my worries, being introverts themselves. I know that there is a point at which I need to come away from conflict and negativity and recharge, do things that make me happy, and try not to obsess over things that I have little control over. I know that I can’t change people’s opinions unless they’re open minded, willing to learn from others, and accept that people make mistakes.

At heart, I know that it takes real dedication to a cause and passion for that cause for me to come out of my shell. If you’re an 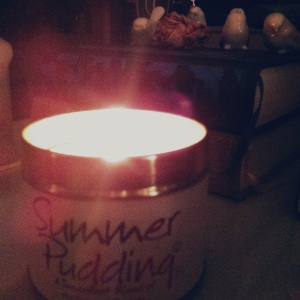 INFJ, like me (Introverted, iNtuitive, Feeling, Judging), and you give yourself to something you believe in, you feel things deeply when it comes to that cause. So when negative opinions are expressed, you feel more demoralised and discouraged. This is problematic for people who feel they have to smooth things over and deal with negative comments, as I do. So I get involved (in a professional manner, I might add!) with comment threads on Facebook when I know I’m just setting myself up for feeling terrible for the next few hours.

Part of the reason I’m writing this post is because I’m glad I have space where I can hash out my issues and work them out like this – like I always do, through writing and talking to the people I’m close to. More than ever, I need to recognise that for me to feel good and to have mental and emotional balance, I need to avoid conflict like the kind that happens on Facebook, simply because I may be strong and capable of dealing with emotional and mental issues, but there is only so much someone can cope with and there is always a cutting off point when you need to recognise – right, I need to get away from this, de-stress and recharge. If I didn’t recognise that need, then I know that I would be burnt-out and would take things too much to heart. It doesn’t help that at the moment something difficult happened with a friendship and coping with those feelings is making me more raw and vulnerable than I would normally be.

I find it difficult to understand why some people persist in being negative about things though. I know access is a huge problem for deaf people and there is so much that needs to be done so that we have equal access for everything, but at the same time I’m also wary of how easy it is to fall into the trap of complaining all the time and not getting anywhere, not doing anything about it. I’m part of an FB group that makes me feel very demoralised and I assumed on joining that I would feel like I fit in at least with some of the people in the group. However, I just feel like more of an outcast within these two sides of a community that should really be putting their heads together and coming up with solutions.

I’ve found that people argue all the time about definitions – big D and little d and generally focusing on the negative aspects of being deaf. The majority of them also seem to have a chip on their shoulder about BSL. I know it’s really hard sometimes, but you learn to cope with some of these issues with barriers, and accept that sometimes, there won’t be 100% access. I feel as though neither of these groups represent me – or my experiences, even though I can find common ground with regards to access issues.

So how does this relate to overstimulation? It means that all these people being negative and argumentative, shouting each other down, is just too much for me. In fact I think Facebook as a whole is a bit of a nightmare for someone prone to feeling overwhelmed by too much information or emotional stimulus. It reminds me of being part of the online feminist community back in 2006, and being far too frustrated and overwhelmed by the loudest voices of the bunch to really know what I thought myself, or have much of an opportunity to have quiet, thoughtful discussion. People assume things from social networking, they assume that they know you or that they’ve got you ‘pegged’ and labelled in a neat little box. This irritates me when it comes to identity – I think identity is far more complicated and messy than people think – and I think it’s inadequate to label deaf people as big D or little d or even oral or signers – because we’re all over the map in reality.

So I suppose I’m learning something new about myself at the moment – that I need to remove myself from things like this. That it’s healthier to disengage with situations that you know will make you feel terrible for days. Especially when they’re things that are pointless to argue about, because it does nobody any good.

‘Cherish your solitude. Take trains by yourself to places you have never been. Sleep out alone under the stars. Learn how to drive a stick shift. Go so far away that you stop being afraid of not coming back. Say no when you don’t want to do something. Say yes if your instincts are strong, even if everyone around you disagrees. Decide whether you want to be liked or admired. Decide if fitting in is more important than finding out what you’re doing here. Believe in kissing.’ – Eve Ensler.