Okay…so my sister has been inspiring me a lot recently on her blog and I’ve been lacking in inspiration for blogging. In January, she started posting a series called ‘100 Things I Love about London’ which got me thinking about what I love so much about different parts of the UK. I’ve travelled a bit through different parts of the UK, including Northern Ireland and Scotland, although as of yet I haven’t been to Wales as an adult. I studied for four years in York, North Yorkshire, and there are things about Yorkshire that I miss a lot, even though London is such a buzzing and inspirational place to live (most of the time). So…I thought why not do a series about all the things I love about the UK – from the beautiful beaches of Norfolk to the grey bricks of Edinburgh. Bear with me – it might take a while, but I hope you’ll enjoy my little flashes of UK brilliance…

My partner Dan is from Edinburgh and for about 6 years we were travelling back and forth between London and Edinburgh (and York whilst I was studying there). A lot of things about Scottish culture are traditional, but some are not so traditional!

Haggis – I know, it sounds unappetising, but you’re not a true Scot until you’ve tried the stuff, or the vegetarian stuff. It’s best with mashed turnip or carrot and swede and some mashed potatoes. You can drench the stuff in brown sauce or tomato ketchup or gravy if you so wish… 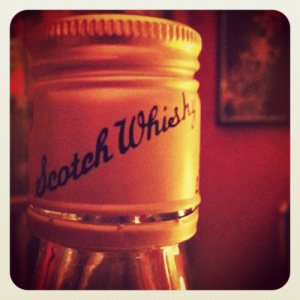 Burn’s Night – pretty much the night where the works of Rabbie (Robert) Burns are celebrated and the Haggis and whisky is broken out! It takes place on 25th January, on his birthday.

The Edinburgh Festival – although the people of Edinburgh probably don’t like the world descending upon them in July and August, it is one of the best cultural festivals in Scotland. There is always something to see and something to do. The city becomes even more of a cultural hub.

Breathtaking scenery – whether it is looking down at Edinburgh from Arthur’s Seat or looking out over a loch, Scotland has some of the most beautiful scenery in the UK.

Hogmanay – nobody parties quite like the Scots at New Year. Traditionally, Hogmanay is about sharing drink and stories with friends, and visiting friends throughout the night of 1st January, but obviously people have their own traditions!

Irn Bru. Its really hard to explain how this tastes. It’s basically the national fizzy drink of Scotland! It tastes a bit like ginger beer but it isn’t, it’s more fruity. It is delicious though…

The Scottish coast is more rugged than the southern coast – there is something wilder about it, especially the further north you go.

The sense of history – Edinburgh has so much history, and I loved learning about it in those first few years I visited. The ghost walks under the city, the back streets, the story of Burke and Hare, the Surgeons Hall – its all a bit gruesome but compelling!

Beanscene – a Scotland only chain of cafe and live music venues. I love Beanscene – infinitely better than Starbucks! Their hot chocolate is to die for, and they put cream and marshmallows on if you ask them. You can also get tapas food, pizza, pasta – there is usually lots of choice.

Edinburgh City Art Centre – I love this building and the exhibitions I’ve been to here. It isn’t the National Gallery, but it is tucked away at the back of the train station. Its worth a visit – I’ve seen stuff like Cecil Beaton’s portraits and an exhibition piecing together the Titanic story.

Anyway, this is pretty much only a glimpse into what I love about Scotland – I know a lot of it is about Edinburgh but I’ve only briefly visited Glasgow and Stirling and the Highlands. So I’ll do more in-depth posts about Edinburgh and other cities at some point. Hopefully this year I’ll visit other UK cities and be able to do posts about them too!