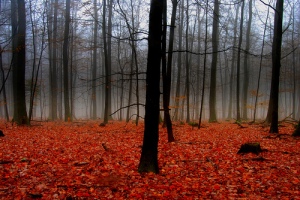 At some point in our lives, there might be some talk of ‘searching’ or ‘finding’ what you want to be, or do with our lives. Especially if you’ve gone into education and you come out of it not knowing what you want to do next, or what you want ‘from your life’. On one hand, when you come out of University, you get the choice of going into Graduate work (for corporations/big business/a city job) or going into Postgraduate education. Some people have dropped out of their courses because they discovered it wasn’t for them but have no idea where their life is going to go, which is scary enough. Then you get people asking ‘what do you do?’ and you feel this pressure to come up with an answer.

What we do doesn’t define us. You either have a job that you do to get money, but don’t care that much about one way or another, or you are doing something you are passionate about, in which case, it is a big part of you but not everything. What defines us is something more intangible – our minds and feelings, our wants and needs, the way we treat others and how we treat ourselves. So when someone asks me what I am doing and I answer with ‘writing’, I feel a bit braver each time, because I know that even though there is this pressure to go out there make money, I’m not putting on a facade.

For me, making small talk has become easier over the years, but I still find it awkward because when I ask other people what they do after they have asked me, I know that their job is not the whole story, and may not be what they ultimately want to do with their lives. I’m learning not to assume that because someone has a 9-5 job, it doesn’t mean they don’t moonlight as a writer or artist or designer. Everyone has dreams, whether they are material or spiritual or artistic.

Is being human a kind of quest? Supposedly I am meant to learn from my mistakes and keep meandering down some imaginary road towards my destination. When I was doing my degree, I kind of thought I wanted to work with deaf people in some sort of sociological/social work capacity. Yet when I finished my degree, I didn’t feel that was where things were going because at the time I was connecting with feminism, so decided to do a Women’s Studies MA. Towards the end of that year, I did a lot of soul searching, a lot of thinking about why I was so attracted to studying. I guess at that point I knew I didn’t want to do a PhD even though other people were enthusiastic about me carrying on. For me, it was the experience of that year that I value the most and the dissertation I did opened something up through just sitting down to write. It was hard but once I had finished, I felt like I wanted to keep going.

So last year was another of those revelations, when I bit the bullet and did what I should have done in the first place and pursued what my heart had been telling me to. I’m still at the beginning of this journey. At times it is so difficult to sit down and write, and I admit that a lot of the time I would rather be watching a film or reading, but I’m learning how to stop procrastinating step by step. There are a lot of things I want to write about and get out of my head, so I know that at some point I will have to get them down on paper or screen. It takes a lot of willpower, though, and I’m saying that it can be done, even though a blank page can be the scariest thing ever sometimes. Writing is a lot like a conversation with yourself, so learning to listen to yourself is important. The process of writing, to me, is like a stream of consciousness – my fingers type away at the keyboard or scribble away on paper, trying to keep up with a trail of words coming out of somewhere in my head.

What I meant to talk about in this post is the idea that everyone has to be doing something, or has to be someone. Life is chaotic and people want some order, something knowable. Some of the people closest to me don’t know where they’re going or what they want to do. There is so much worry that maybe they’re losing their way, but I don’t think they are, I think it just takes time to have that moment, or series of moments when your mind connects with your heart and says ‘this is what I want’ and ‘this is my dream’. Some people stumble on this by accident, and just follow a different direction. You don’t have to do the same thing for the rest of your life, even though it is scary to change direction. Newness is hard, even for people who love change and trying new things.

The moment of change is the only poem. – Adrienne Rich

2 thoughts on “The Search”