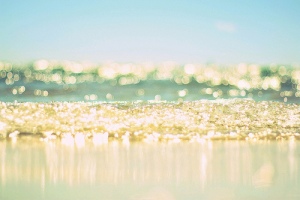 Speaking to Dan today, I figured out that it feels like we’re swimming against the stream. Most of my life I have been fed the idea that anything is possible, that if you want something exciting to happen in your life, you have to go out there and get it. Pushing against the pressure to go one way in your life – the way that is peddled as the ‘normal’ everyday state of affairs – a nine to five job that isn’t what you thought you would end up doing. We all need money, but it doesn’t necessarily have to be something you hate doing or are indifferent about.

This is something I struggle with every single day lately. In my previous posts I’ve written about the pressure that comes from external influences – the pressure to get a so-called ‘proper’ job. Here I’m talking about the pressure that comes from within. The two voices that constantly tug me one way or another. On one hand, I know with every fibre of my being that I am a writer. I write. Thats all there is to it. I have authorial ambitions, and know one day I will get there. Yet theres that voice which makes me feel depressed in the mornings – the ‘I need more money’ voice, which tells me that maybe I’m being unrealistic, that perhaps I should give in and stop pushing against the stream.

This is the voice that pulls me down when I’m in my dark moods, the one that says I’m lazy and a crap writer and ‘why do I bother’. Its all too easy to give time to a voice this destructive. I think all artistic/creative people have this dark side to them, indeed most people have a dark, critical voice that tries to make us hate ourselves and give up. Its the voice that makes you look in the mirror before you leave the house and tell yourself you look crap even though you most definitely do not. Its a voice that encourages you to just sit and feel sorry for yourself, wallowing in useless self pity. This darkness is just another way to expend energy that could be used to write or create.

However, like with most things in life, the darkness in me is a balance to the more productive and postive side. It gives me ideas for writing, just as it saps my energy and leaves me depressed. Though some mornings I feel crap just because some part of me insists on being depressed, there is another part of me taking notes and storing away the sensations, ready to be used in future writing. I know what it feels like, what it looks like to have your body rebel against you and just turn over, pulling the covers over your head. I know what it feels like when I prefer to watch a film rather than do some writing. All this can be used in writing. After all, writing needs experience and can be rooted in the mundane – we recognise ourselves in the everyday occurences in a novel.

So whilst Dan and I might feel depressed at times because it is such hard work to figure out a path to your dreams, at least we know what it is like to struggle, to need money and that the lows can soar to wonderful highs. The sad and difficult moments in life only highlight the importance of those moments when you laugh and are filled with happiness.