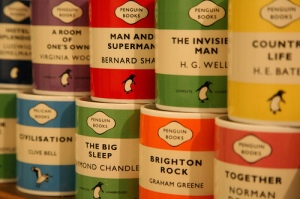 It’s been a while since I’ve felt like posting something, mostly because life has been a bit of a sad affair. Nothing dramatic, just a general feeling of listlessness and also being ill with a cold and vertigo. I know people think Vertigo is about heights, but it isn’t, let me tell you that. It’s a severe dizziness when the room literally seems as if it’s spinning. I had to sleep pretty much upright with pillows propping me up so that the room didn’t spin for a few days. Generally it can be attached to colds and ear infections – which I have had recently. My tinnitus was extremely high pitched and made the room tilt and spin. Horrible horrible feeling. I’m feeling much better now apart from a sort of unbalanced thing, and I think it definitely had something to do with having a cold and my ears being a bit weird. I’ve noticed that tinnitus seems to get worse when I’m ill or tired or upset about something. It becomes more noticeable and higher in pitch. For those that don’t know, Tinnitus is a kind of ringing, bleeping or constant noise in your ear, which can be quite common with those who are exposed to really loud music or who are deaf.

Anyway, I’ve been given an extension on my fifth TMA because of this vertigo thing. It was such a relief to get an extension because on Thursday morning and all night on Wednesday, I was helping Dan to finish his dissertation. He managed to give it in on time but it’s been a very stressful few days for both of us. I’ve not had a lot of energy to want to do anything other than read people’s blogs, read books and watch films or TV. I think it’s time that I made a conscious effort to get out of the house more because I get more inspiration that way. Unfortunately with all this staying up and working to deadlines, I haven’t had much sleep!

About a week ago I went to an audiology appointment, basically my annual doctor and audiology check up. I’m sorry to say the adult audiology is really not impressive – the reception staff on both floors are not deaf aware and only the doctor himself and the audiologist seemed anywhere near approaching deaf awareness. Dan and I got there about fifteen minutes before the actual appointment and were sent upstairs to the doctor. After waiting for another fifteen to twenty minutes, we were told that my audiology appointment was, in fact, downstairs. So we went downstairs and waited for another hour – yes, another HOUR – before I finally got to see the audiologist.

Apparently, the hospital is basically 1st come, 1st served, which doesn’t actually make a lot of sense to me as we were on time, and had been waiting for about two hours before I actually did anything. I mean, what is the point of a timed appointment if it isn’t kept? It seems a bit of a shambles, since by the time I got sent upstairs to see the doctor, I was the last one there and it was approaching 5pm (we got there at 2.45pm), near the end of the day – in fact, most people had left, including the receptionist and the nurses, by the time I saw the doctor. I was kind of bewildered and annoyed. I’m not completely sure why the system is like that.

I’m now waiting for them to send me an appointment for a hearing aid refitting as I am wearing old analogue hearing aids and have been since last year when my digital ones gave up the ghost. It’s been about two weeks and I still don’t have a letter, so I’m getting more disheartened with the whole thing. The sound quality is usually so much better with digital hearing aids – analogue is sort of like a din of sound.

So, apart from that, I’m still reading ‘American Gods’ by Neil Gaiman and also researching Norse Gods and Goddesses for a story I’m writing for the TMA. I came across this Goddess, Freyja, whilst researching Wiccanism for the story, and ever since have been thinking about making the character Freyja as it seems to fit. The challenge is getting a workable plot for a 2000 word short story – usually, smaller events are better for short stories. It will probably be an open ended story as opposed to a neatly tied up story. I guess I’m looking forward to not having these assignments over the summer, so I can focus on my own writing, and getting things going with reviews and so on 🙂