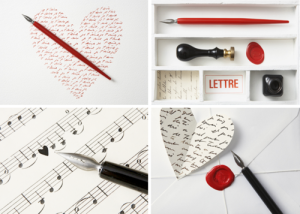 I feel like I’m taking confession – it’s been 3 weeks since I last wrote anything here. A lot has happened – I’ve been ill all the way through the holidays with flu and a horrible cough so I haven’t much felt like doing anything much. I got some wonderful presents for Christmas – my sister bought me a black and white polka-dotted tea pot, two matching mugs, a plate and two bowls from Whittard’s – which I want to use straight away! I think I might reserve them for a day when I’ve got something to celebrate, maybe use them for some chinese food and jasmine tea. My lovely man bought me a camera, which was completely out of the blue since I wasn’t expecting it. I’ve already taken quite a few photos, and I’m looking forward to documenting my year, taking OOTDs (outfit of the day) photos for my style blog, and learning how to be a more creative photographer. I got some wonderful books, and a few bits and bobs.

I’ve got a few things to celebrate this year – Dan and I are coming up to our 10 year anniversary, the anniversary of when we got together. We’ve been through a lot together, and rather than growing apart as we’ve become older, I think the fact that we are two very distinct, strong characters has made our relationship stronger. I can’t say what it is that makes a relationship work, because everybody is different, and sometimes it works out, sometimes it doesn’t. Communication is important though – being able to talk about or discuss things with each other. I feel that patience is important too – both of us have our bad points and bad habits! For me, a good relationship is two complete human beings sharing their life and passions with each other.

WW is going well – although I haven’t been tracking over the holidays, I’ve managed to lose 5 pounds, which is a big surprise. I think its because my habits have changed and I’ve been trying to make sure I don’t go crazy with certain things, like chocolate! I’ve learnt to listen to my body and to stop eating when I’m comfortably full – I don’t like feeling bloated and stuffed, because its a sign that I’ve taken in more than my stomach can cope with. Its taught me the value of eating in moderation and enjoying my food – eating what I need to eat. I had a bad habit of skipping meals, and instead of this I’ve learnt that my body needs food throughout the day to avoid that nasty blood sugar slump. Food is important to me, and I’ve finally started to love cooking and trying new things again. To think that this passion has been reignited by Weight Watchers!

I was also feeling like I had lost my writing inspiration towards the end of the year. I know that all writers need a break now and then, to recharge and just soak in the world around them, but it was getting ridiculous because I was feeling bored and like things were a bit pointless. Usually in January I feel a bit lacklustre and unmotivated, but surprisingly I’m feeling upbeat and more positive than I’ve felt for a long time. Maybe its because I started the year as I mean it to go on – writing an article for e-buzzing, writing a 15 page script for the Open Uni course, being with family and my man. I know I won’t always feel this positive, but if I can just keep my can-do attitude, things will keep moving.

I’ve also been thinking about Feminism, and my Feminism a lot recently. I don’t talk about it as much at the moment, probably just because I take it as a given that I am feminist; I am a woman, deaf, a writer and a creative person. It isn’t that I don’t want to talk about it or that it is pushed to the background – I still live my feminism every day. I’m enraged with the government, almost sick with anger about the way things are going at the moment. Maybe what I feel is that we just have to hold on, grip our ground with our nails and if you want to – go and protest. I’ve signed a lot of petitions recently. Its not enough, but its something. I have fantasies about everyone who isn’t Conservative just downing tools and converging on the Houses of Parliament and protesting. What a sight that would be! It makes me wonder why it doesn’t happen – are people really that apathetic? What would it take to organise such a huge mass protest?

For me, now, feminism is a way of thinking and seeing, as much part of me as my deaf identity. It isn’t a ‘phase’ I went through, otherwise my MA would be pretty much pointless! It just isn’t always immediately obvious in everything I do because we’re all a bundle of contradictions and opposing forces. I don’t write about it as much, but that doesn’t mean I’m not thinking about it. The fiction I write often touches upon feminism – I’m finding new ways to write about it.

So, I hope this year brings good things to all my readers – Happy 2011!