This month has been one of those months where a lot has happened and progress has been made, but not necessarily in the direction that I expected. For a start, I’ve done a lot of rearranging of our working and living environment this month – because I finally replaced the old, cheap (and reliable) IKEA sofa with a more high quality, aesthetically pleasing IKEA sofa, and a larger, two level coffee table replaced the tiny, square Lack table. I like IKEA, and feel that they have completely changed the furniture and design industry. The stuff we own is a mix of IKEA and hand-me-down antique furniture, and it works really well together. It’s possible to have a mix and still have a beautiful arrangement of furniture, and I like how the website now includes editorials on how to personalise IKEA furniture to make it your own. 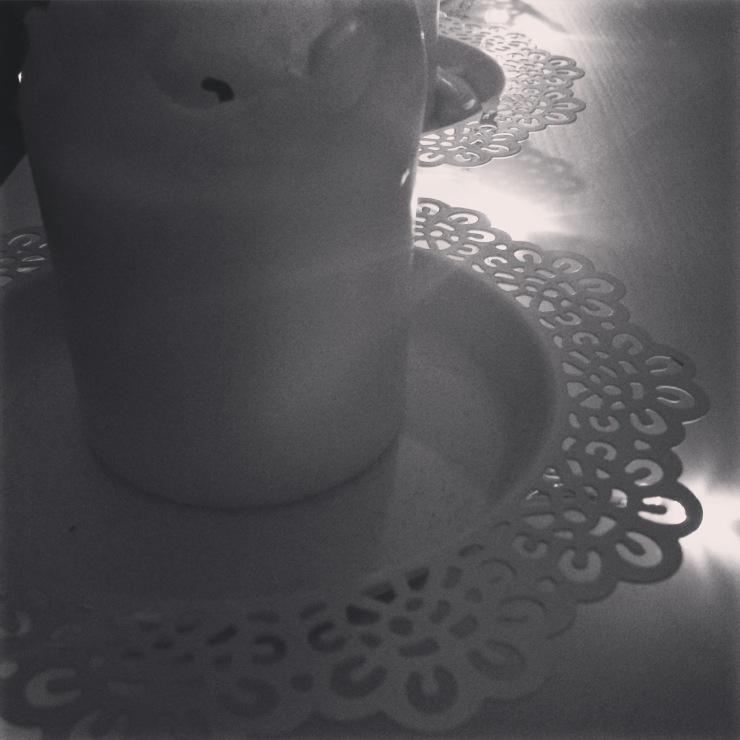 It’s strange how two pieces of furniture have dramatically changed the way I feel and the way I live. Me and my husband live with my parents (whilst we save for our own place) – and we are very lucky to have the attic room with an adjoining small bathroom. The benefits of this are that we have enough space to treat the room as a small flat – with a desk area, a sitting area, and a sleeping area. It’s fairly cosy, but it works. We share responsibilities in the house and have recently begun to cook for everyone twice a week, and usually it feels as if we have our own independence. However, it was difficult to feel comfortable in our space with a sofa that was uncomfortable and small, and a table that didn’t work for the two of us. So this change has made a massive difference to how we spend time together and now feels much more like our own place.

I’ve also been to see The Force Awakens one last time before it leaves cinemas (with subtitles again, and my sister in tow), and although it is a flawed film and could be called formulaic, I think those criticisms are minor in comparison to how much there is to love about it. There are a few things about it that I wasn’t expecting, some things that were typical of Star Wars, and others that could have been better – but overall, seen as a beginning to a new trilogy, and a handover to a new generation of characters, it worked well.

Rey is an incredible character, and Finn is endearing and interesting, considering his background. It means a lot to have a Star Wars film where a woman is a major, driving character. Of course Leia was too, but it wasn’t her story, it was Luke’s. Kylo Ren was a major entitled Vader fan-boy character, and I think what made it work so well is that we don’t feel sorry for him, especially with his behaviour with Rey and the spoilt-boy tantrums. I’m looking forward to the next instalment, and of course Rogue One, which comes out this year. 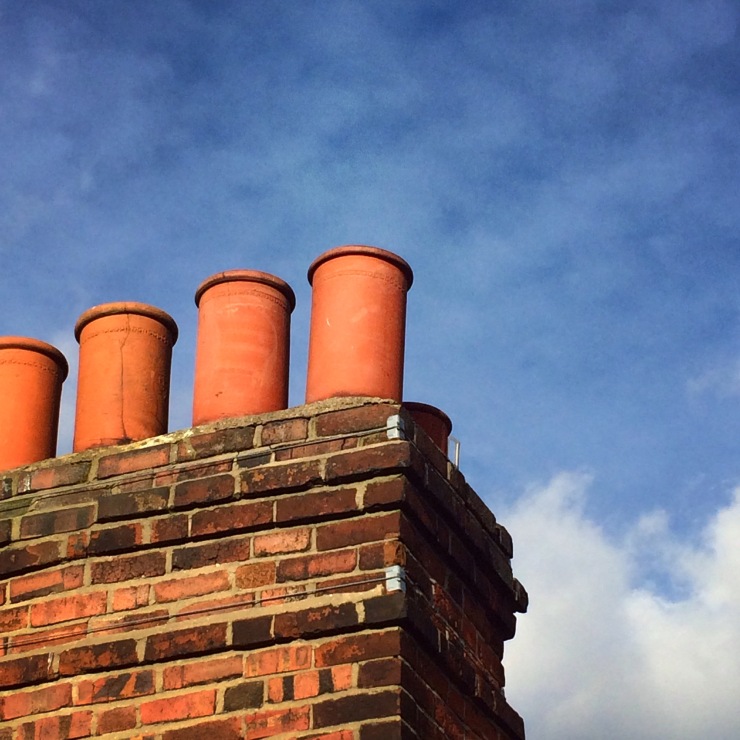 Dan and I saw Pride and Prejudice and Zombies on Valentine’s Day – a sort of anti-Valentines date. The showing we went to was almost empty (even though it was a subtitled showing), and this was in central London, so I wasn’t expecting it to be as good as it was. Although it takes liberties with Austen’s text (and I have read the mash-up book), it was well made, gory, and quite amazing, if you like zombie films and period romance.

It helped that the actors were great in their roles – Sam Riley as a brooding, almost angry, Mr Darcy, and Lily James as a witty, intelligent and seriously kick-ass Elizabeth Bennet. Honourable mention also to Matt Smith (of Dr Who fame), as the odious Parson Collins. I’ve only recently started watching zombie films, and I think this is a good representation of the genre (great camera angles and gory blood splatters), but it’s probably quite tame in that respect compared to others in the genre. If you’re an Austen purist, then it might not be the one for you but I love Austen’s work and thought this was a dark, fun mash-up of one of my favourite books.

My reading this month has been a little slow, probably because I’ve been so preoccupied with everything else. I read the last book in Megan Shepherd’s The Madman’s Daughter trilogy, A Cold Legacy, following the adventures of Juliet Moreau. I enjoyed this trilogy because each of the books is based upon The Island of Dr Moreau, Dr Jekyll and Mr Hyde, and finally Frankenstein. Being YA, I did feel that there could have been more of an exploration of the themes in the original books, but it worked, and it made me think about how classic books can be adapted and changed, the themes and ideas in them developed or used as a jumping-off point in fiction. I’ve also been reading Nora Ephron’s penultimate collection of essays, scripts and fiction, The Most of Nora Ephron, and I finished Never Fade by Alexandra Bracken, the second in The Darkest Minds trilogy. I’m currently reading Good Omens by Terry Pratchett and Neil Gaiman.

I’ve been using Pocket a lot (formely Read Me Later), a bookmarking and article reading app, which means I’ve been doing a lot of article reading. It’s a great reading environment – clean and easy to navigate, and I decided to start paying monthly for the ability to have a backup of all the articles I’ve saved and even be able to keep them if the articles disappear online (plus a few other features). Once you’ve saved an article, it’s available to access offline too. It’s a great research resource for writers, and there’s no chance of being distracted whilst reading by ads or unnecessary visual clutter. I’ve been starting my mornings off by reading things on Pocket with a coffee, and it’s been good to have a place ‘away’ from social media to read things that interest me.

Two other invaluable apps I’ve been using this month are Productivity, and Balanced, both by the same developer. They have a similar aim – Productivity is about daily, weekly, and monthly goals/to-dos, whilst Balanced is about the goals and things you want to do that create a more balanced life. I use them in tandem and have found that I’m much more mindful of what I want to achieve, and the things I want to get done on any particular day. I use other to-do lists (including a physical one – or two!), but these also track things as you build new habits, which is encouraging. Balanced is good to remind you of what is important in life, and when I’m not having a productive day, it reminds me to do things I enjoy doing too. 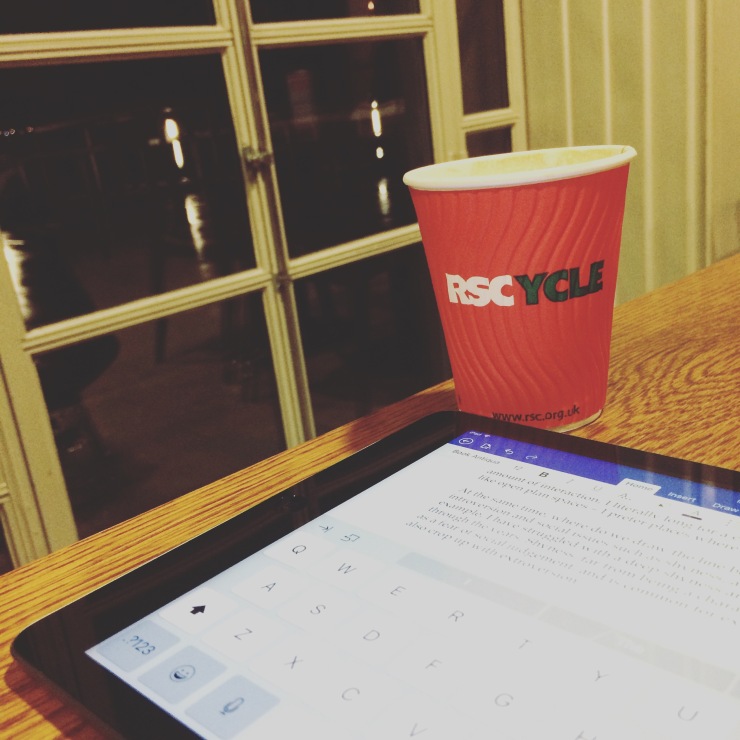 Next month I’ll be aiming to build a better routine to support my work, and it should be much more productive in that respect. It’s been a good month for changing my lifestyle, but less so with work and writing, though I have pushed myself this week to work on the novel. I hope this month has been interesting for you, and that next month will be even better.

‘There is a middle path, but it goes in only one direction: toward the light. Your light. The one that goes blink, blink, blink inside your chest when you know what you’re doing is right.’ – Cheryl Strayed, Brave Enough.